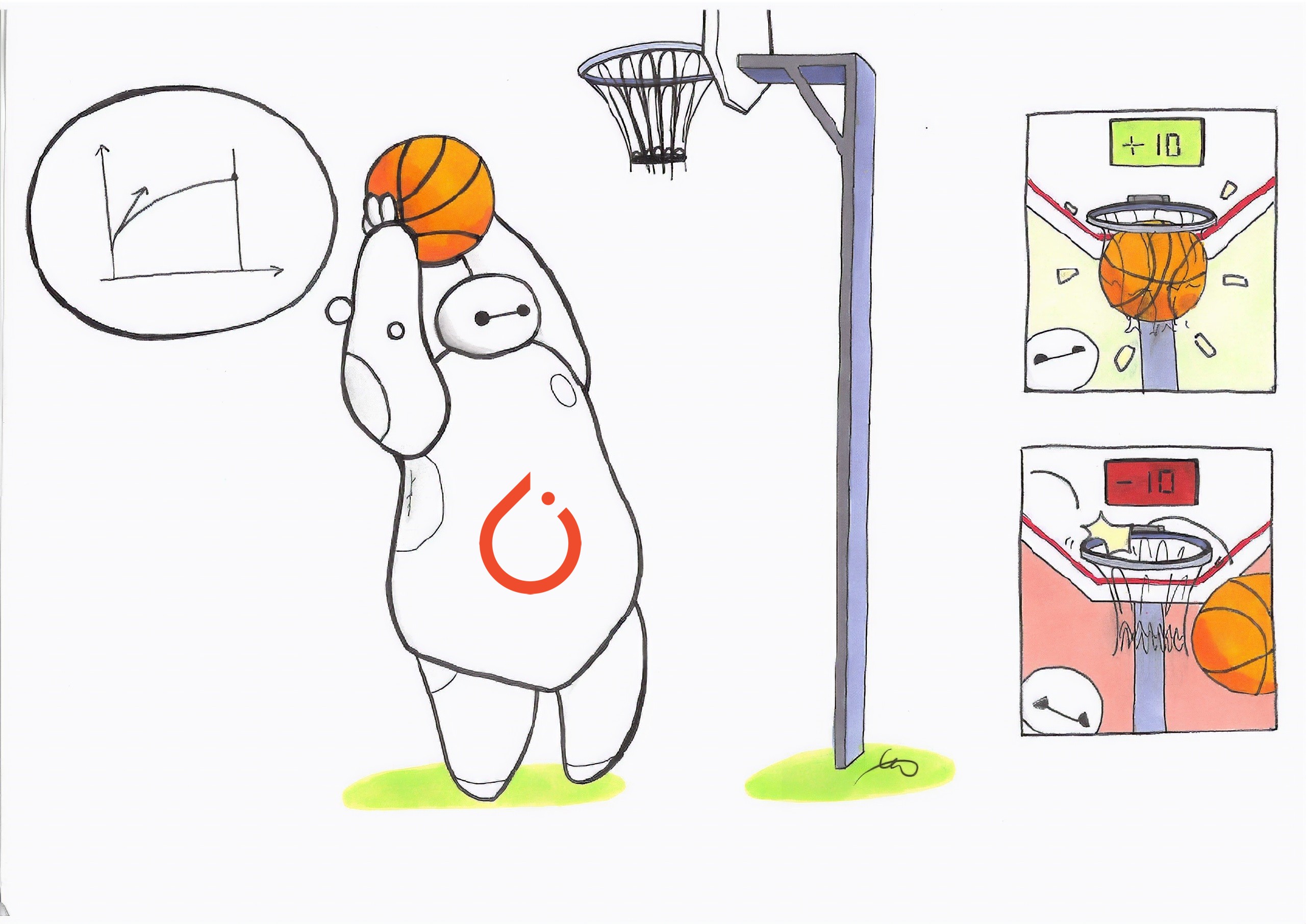 After several months of beta, we are happy to announce the release of Stable-Baselines3 (SB3) v1.0, a set of reliable implementations of reinforcement learning (RL) algorithms in PyTorch =D! It is the next major version of Stable Baselines.

The implementations have been benchmarked against reference codebases, and automated unit tests cover 95% of the code.

In this blog post, we give you an overview of Stable-Baselines3: the motivation behind it, its design principles and features, how we ensure high-quality implementations and some concrete examples.

Stable-Baselines3 (SB3) is a library providing reliable implementations of reinforcement learning algorithms in PyTorch. It provides a clean and simple interface, giving you access to off-the-shelf state-of-the-art model-free RL algorithms.

The library is fully documented, tested and its interface allows to train an RL agent in only few lines of code =):

where defining and training a RL agent can be written in two lines of code:

Deep reinforcement learning (RL) research has grown rapidly in recent years, yet results are often difficult to reproduce. A major challenge is that small implementation details can have a substantial effect on performance – often greater than the difference between algorithms. It is particularly important that implementations used as experimental baselines are reliable; otherwise, novel algorithms compared to weak baselines lead to inflated estimates of performance improvements.

We take great care to adhere to software engineering best practices to achieve high-quality implementations that match prior results.

SB3 builds on our experience maintaining Stable Baselines (SB2), a fork of OpenAI Baselines built on TensorFlow 1.x. If you haven’t heard of it, Stable-Baselines (SB2) is a trusted library and has already been used in many projects and papers with already more than 300+ citations!

Those two years of maintaining SB2 have been a rewarding exchange with our users, where tons of bugs where fixed and new features like callbacks where added to ease the use of the library.

However, SB2 was still relying on OpenAI Baselines initial codebase and with the upcoming release of Tensorflow 2, more and more internal TF code was being deprecated.

After discussing the matter with the community, we decided to go for a complete rewrite in PyTorch (cf issues #366, #576 and #733), codename: Stable-Baselines31.

Stable-Baselines3 keeps the same easy-to-use API while improving a lot on the internal code, in particular by adding static type checking.

Re-starting almost from scratch is long-term investment: it took quite some effort and time but we now have a smaller, cleaner and reliable core that is easier to maintain and extend =).

There are already many open source reinforcement learning libraries (almost one new every week), so why did we create a new one? In the next sections you will learn about the design principles and main features of the Stable-Baselines3 library that differenciate it from others.

Our main goal is to provide a user-friendly and reliable RL library. To keep SB3 simple to use and maintain, we focus on model-free, single-agent RL algorithms, and rely on external projects to extend the scope to imitation and offline learning.

We prioritize maintaining stable implementations over adding new features or algorithms, and avoid making breaking changes. We provide a consistent, clean and fully documented API, inspired by the scikit-learn API.

Our code is easily modifiable by users as we favour readability and simplicity over modularity, although we make use of object-oriented programming to reduce code duplication.

Stable-Baselines3 provides many features, ranging from a simple API to a complete experimental framework that allows advanced usage like automatic hyperparameters tuning.

Training agents in Stable-Baselines3 takes just a few lines of code, after which the agent can be queried for actions (see quick example below). This allows you to easily use the baseline algorithms and components in your experiments (eg. Imitating Animals, Slime Volleyball, Adversarial Policies), as well as apply RL to novel tasks and environments, like continual learning when attacking WiFi networks or dampening bridge vibrations.

SB3 comes with extensive documentation of the code API. We also include a user guide, covering both basic and more advanced usage with a collection of concrete examples. Moreover, we have developed a Colab notebook based RL tutorial, so you can demo the library directly in the browser. Additionally, we include common tips for running RL experiments and a developer guide.

We also pay close attention to questions and uncertainties from SB3 users, updating the documentation to address these.

Algorithms are verified against published results by comparing the agent learning curves (cf issues #48 and #48).

During this period, that’s how we realized some tricky details that made a big difference. For example, PyTorch RMSProp is different from TensorFlow one (we include a custom version inside our codebase), and the epsilon value of the optimizer can make a big difference:

A and B are actually the same RL algorithm (A2C), sharing the exact same code, same hardware, same hyperparameters… except the epsilon value to avoid division by zero in the optimizer (one is eps=1e-5, the other eps=1e-7)

Despite all those tricky details (and other nasty bugs), at the end, we managed to match SB2 results and original implementations closely:

To speed up training, we support parallel (or “vectorized”) environments. To simplify training, we implement common environment wrappers, like preprocessing Atari observations to match the original DQN experiments.

We follow best practices for training and evaluation, such as evaluating in a separate environment, using deterministic evaluation where required (SAC) and storing all hyperparameters necessary to replicate the experiment.

Below, you can see basic usage of the RL zoo (training, loading, tuning hyperparameters), which has a simple command line:

We implement experimental features in a separate contrib repository. This allows SB3 to maintain a stable and compact core, while still providing the latest features, like Quantile Regression DQN (QR-DQN) or Truncated Quantile Critics (TQC).

Implementations in contrib need not be tightly integrated with the main SB3 codebase, but we maintain the same stringent review requirements to ensure users can trust the contrib implementations. Implementations from contrib that have stood the test of time may be integrated into the main repository.

If you are Stable-Baselines (SB2) user and would like to switch to SB3, we have a migration guide waiting for you ;)

For instance, if your code was like that for Stable-Baselines:

the corresponding SB3 code is:

For a complete migration example, you can also compare the RL Zoo of SB2 with the one from SB3.

Let’s see now how we can now use the library in practice with some examples. We’re going to see how to easily customize the network architecture, train an agent to play Atari games and normalize observations when training on continuous control tasks like PyBullet environments.

For each of them, you can try it online using Google colab notebook.

To customize a policy with SB3, all you need to do is choose a network architecture and pass a policy_kwargs (“policy keyword arguments”) to the algorithm constructor.

The following snippet shows how to customize the architecture and activation function for one on-policy (PPO) and one off-policy (SAC) algorithm:

Training a RL agent on Atari games is straightforward thanks to make_atari_env helper function and the VecFrameStack wrapper. It will do all the preprocessing and multiprocessing for you.

Normalizing input features may be essential to successful training of an RL agent (by default, images are scaled but not other types of input), for instance when training on PyBullet environments. For that, a wrapper exists and will compute a running average and standard deviation of input features (it can do the same for rewards).

You can find more examples and associated colab notebooks in the documentation.

To the Infinity and Beyond!

If you want to follow the updates of the library, we encourage you to star the repo on GitHub and click on “Watch -> Custom -> Releases” to be notified each time a new version is released ;) (you can also follow Adam or Antonin on Twitter). Coming soon, one of our long-time requested feature: mixed observations (aka dict obs) support.

In case you want to contribute, make sure to read the contributing guide first.

Finally, if you make a cool project using Stable-Baselines3, please tell us when you want it to appear in our project page.

To cite Stable-Baselines3 in publications:

Did you find this post helpful? Consider sharing it 🙌 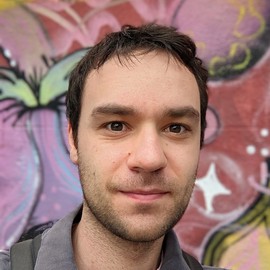